We are a proud Canadian supplier and installer of high-quality, energy efficient and factory-direct vinyl windows & entry doors. 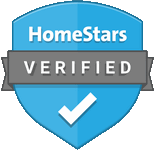 At ALDA Windows and Doors, we want to help you create a beautiful and comfortable living environment in your home. All of our products are made locally and are suitable to withstand the Canadian weather.

Our team has many years of experience to provide you with excellent service. We take pride in providing quality windows and doors to our customers. Our dedicated installation team works 7 days a week to serve you when you are looking for windows and doors Toronto. 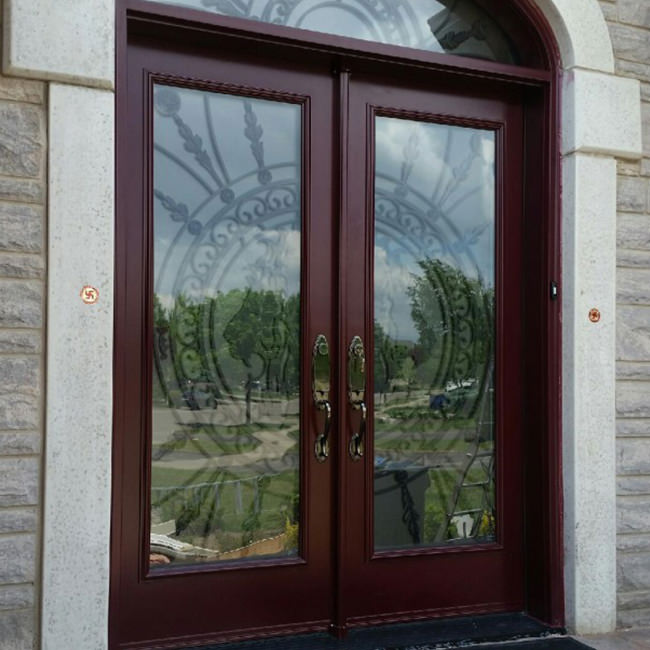 When you choose ALDA for your window and door installations, we begin with a free in-home, no obligation estimate. We will come to your home and take detailed measurements, as well as help you find the right product that suits your needs.

We provide a wide selection of products that can match any style or theme in your home. No installation is too difficult for our well-trained and experienced team of installers. Quality installation is incredibly important for the success of your replacement project, and our team can deliver just that. So you can trust our installation team when installing windows and doors Toronto. 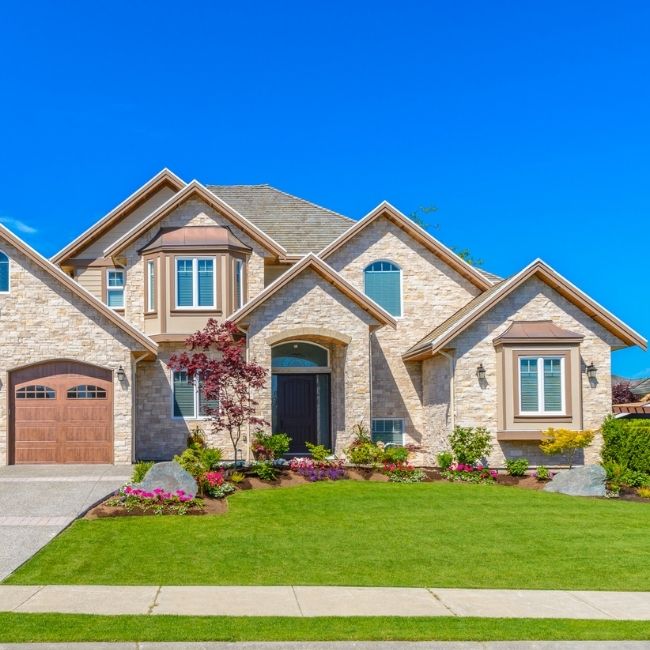 Our team is proud to support and serve homeowners all across Toronto. From Taunton Road West all of the way to Lakeview Boulevard, we are available to help all homeowners achieve their dream home with high quality vinyl windows and entry doors.

What is the difference between fiberglass front doors and steel front doors?

Steel doors are very secure and durable and come with a very smooth texture. Fiberglass, on the other hand, mimics the look of wood with oak-grain and mahogany-grain textures.

What is the difference between casement and fixed windows?

Are your products made in Canada?

What are some modern trends with front doors?

Some modern features of front doors that many homeowners are going with include:

Is a black front door a good choice for my home?

Yes. A black front door is a very popular option amongst homeowners. It provides a home a very modern and stylish aesthetic.

Do you provide double front doors?

Yes. We can install single and double front doors for our clients.

Do you sell glass front doors?

We can provide entry doors with 4/4 full panel glass inserts.The glass inserts can also be frosted glass and have wrought iron designs embedded in the glass.

Is it a good idea to go with black vinyl windows for my home?

This is becoming a popular trend with homeowners. This is because vinyl windows with black frames has a very modern and stylish look.

Are your vinyl windows and entry doors energy efficient?

Teresa Piet
Wonderful people to deal with throughout the entire process.

Leo Minevich
Excellent showroom! Has all available options and styles. The owner is very friendly and provides professional advice.

Katie Yasovich
Alda team has installed my new front door last week and it looks absolutely amazing. The service was fantastic right from the first phone call. They took the time to understand my ideas, provided valuable recommendations and the end result is exactly what I wanted! They were right on schedule with the installation date which was much earlier than others. I would definitely be leveraging them in a future and highly recommend to anyone who is looking to replace a door.

Vince Alexander
It was a pleasure dealing with ALDA both during the purchase and installation phases. These guys give excellent service and they listened to my preferences. I am happy I chose ALDA to upgrade my door.

K Z
Couldn’t be happier with the service and quality. Our custom front door was made and installed even ahead of schedule. (Yah!) The crew came in time in the morning, removed the old doors and installed both doors- front and sliding backyard door within the agreed time, they also cleaned up after the installation. The doors quality is amazing, the price -attractive. I definitely can recommend them for doors, windows replacement. 5 stars well deserved!

Artem A
ALDA windows did a great job replacing all of the windows in the house as well as the front door. Everything was done on previously agreed upon schedule without any delays, and the guys very professional and polite. Site was cleaned up afterwards.

Vinyl Windows and Entry Doors
Save up to 40%

We come to you and provide you with a free estimate!

Our trained and experienced installers will do the job right.

Energy efficient windows and doors, you will save money year round.

If you are looking for energy efficient windows and doors in Toronto, ALDA will save you money on costly heating and cooling bills. Our products keep your home feeling comfortable all year long, even through blistering summers and freezing winters. With energy-efficient vinyl windows and entry doors, you use less energy, which shrinks your energy bills – and your carbon footprint.

Improve your quality of life and save big on energy bills with ALDA’s windows and doors Toronto. 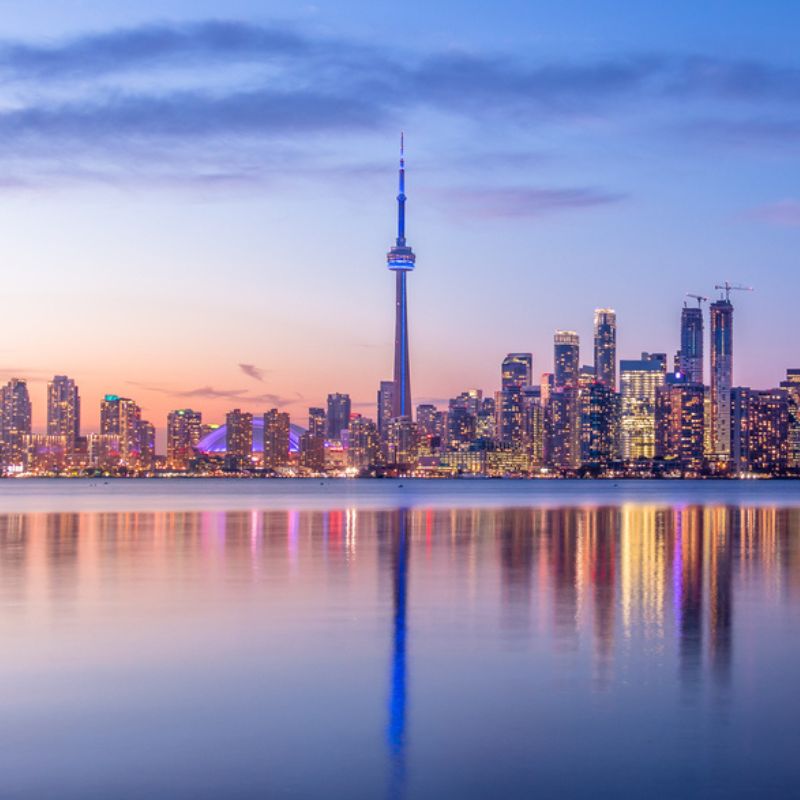 Toronto is most populated city in Canada and a hub of commerce and technology. Toronto is very ethnically and culturally diverse with a population of over 2.8 million people from all corners of the world. Home to the CN tower and the Rogers Centre, Toronto is known around the world for its extensive array of massive skyscrapers that dot its historic skyline. We all know and love Toronto as an exciting and dynamic city to live, work and play in.

But one of the least well-liked or well-known traits about Toronto is that it is a host to some very extreme weather. Although short, the summers are humid, hot and sticky. The winters are unforgiving and cold. Toronto is not a new city, which means a lot of the homes were built decades ago. Older homes can quickly become drafty and uncomfortable. If you live in Toronto it is important that your home has the right windows and doors to combat all of the extremes and keep you comfortable.

Refresh the look and feel of your Toronto home by upgrading your exterior doors. Front doors are the first thing guests and people see when they first approach your home. A new front door will not only increases your home’s curb appeal and thus increase its value, but new front doors also protect your home from the external elements while showcasing your personality. ALDA will give you a free evaluation to ensure you get the exact doors you were looking for. We have an extensive selection of front doors that offer different style, design and durability options so you can be sure you have made the right decision. Once you have found your dream front door, our installation team based in Toronto will install it promptly because they have all the best experience, tools and parts in the industry. 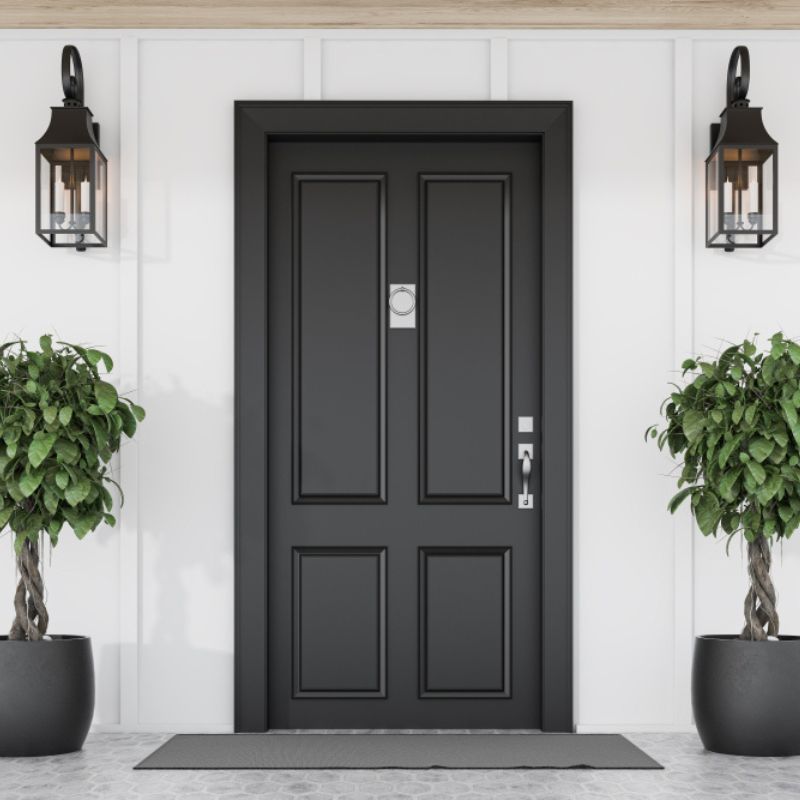 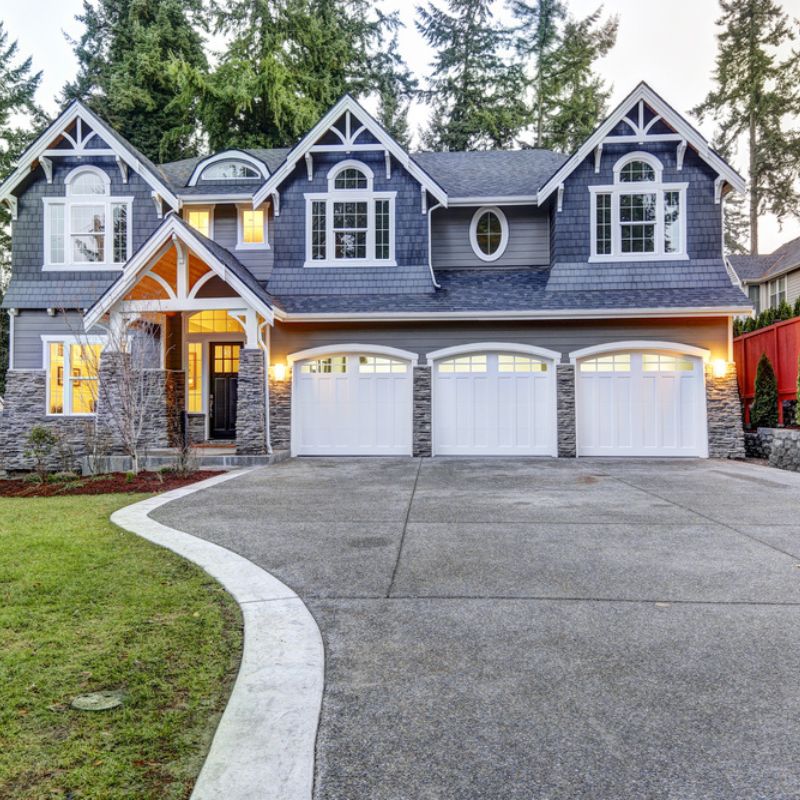 Not all vinyl windows are the same. If your vinyl windows are not installed perfectly, level and flush they can cause drafts, humidity build-up and air quality issues in your home. When Toronto’s temperature outside is uncomfortable, the one place you should have shelter from the storm is inside your own home. That is why ALDA is committed to ensuring every homeowner in Toronto has the best fitting, perfect vinyl windows that are ideal for their home, lifestyle and their unique personality. From sales to installation, ALDA is Toronto’s go-to, one-stop shop for all your vinyl window needs. 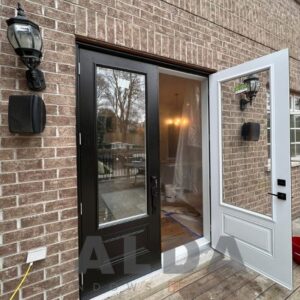 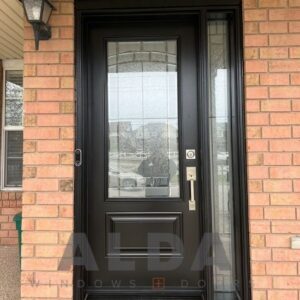 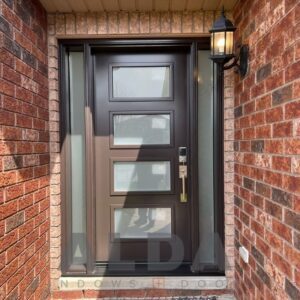 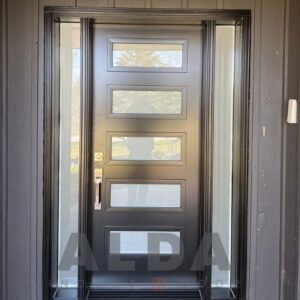 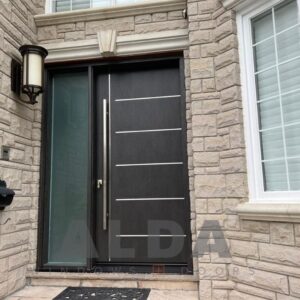 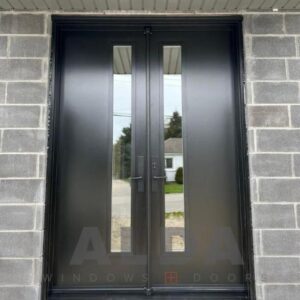 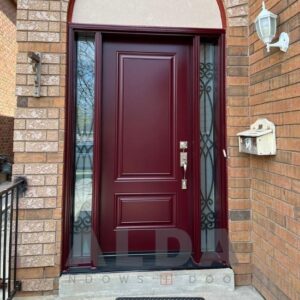 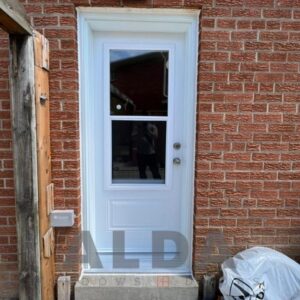 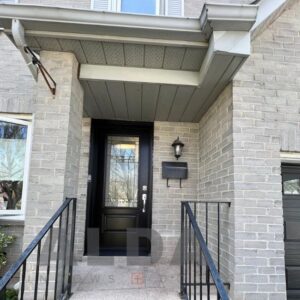 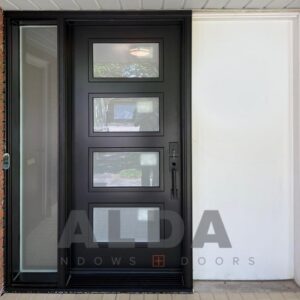 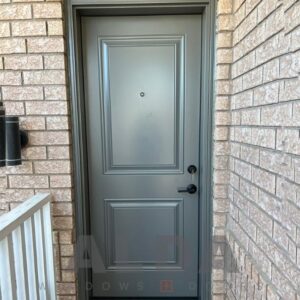 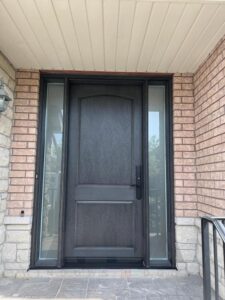 Our main goal is to provide our customers with high-quality vinyl windows and entry doors at affordable rates. Whether you are in the market for casement windows or fiberglass front doors, you can count on us to provide you with a gorgeous and affordable product. Please review the tables below to see prices ranges for our products. 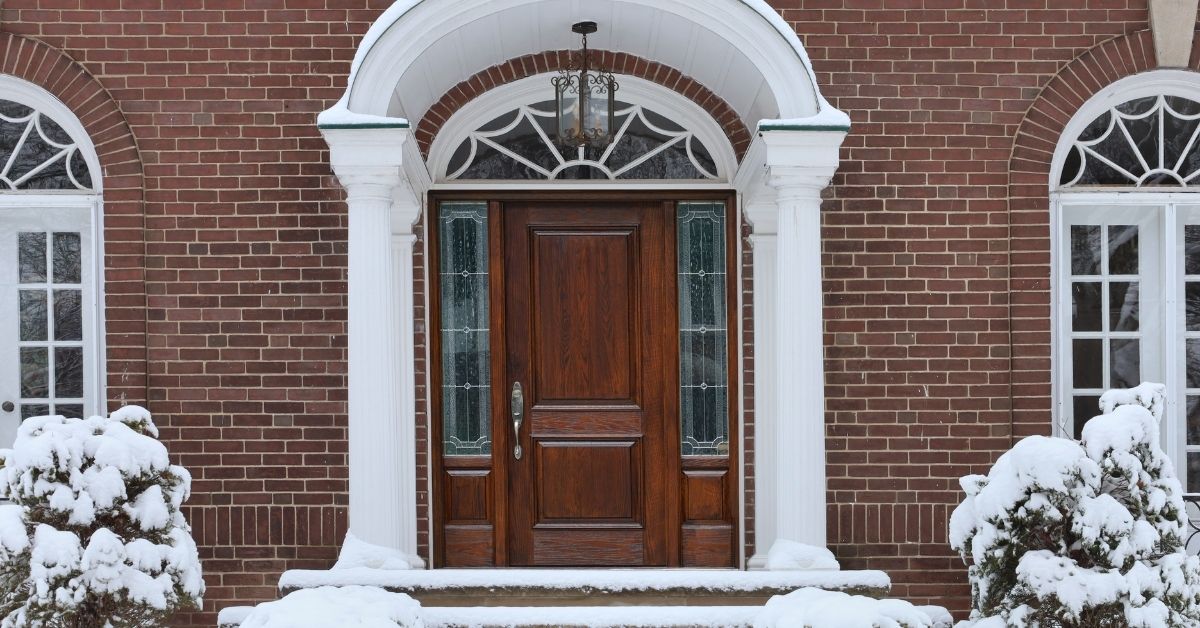 5 Maintenance Tips for Your Front Doors in Winter 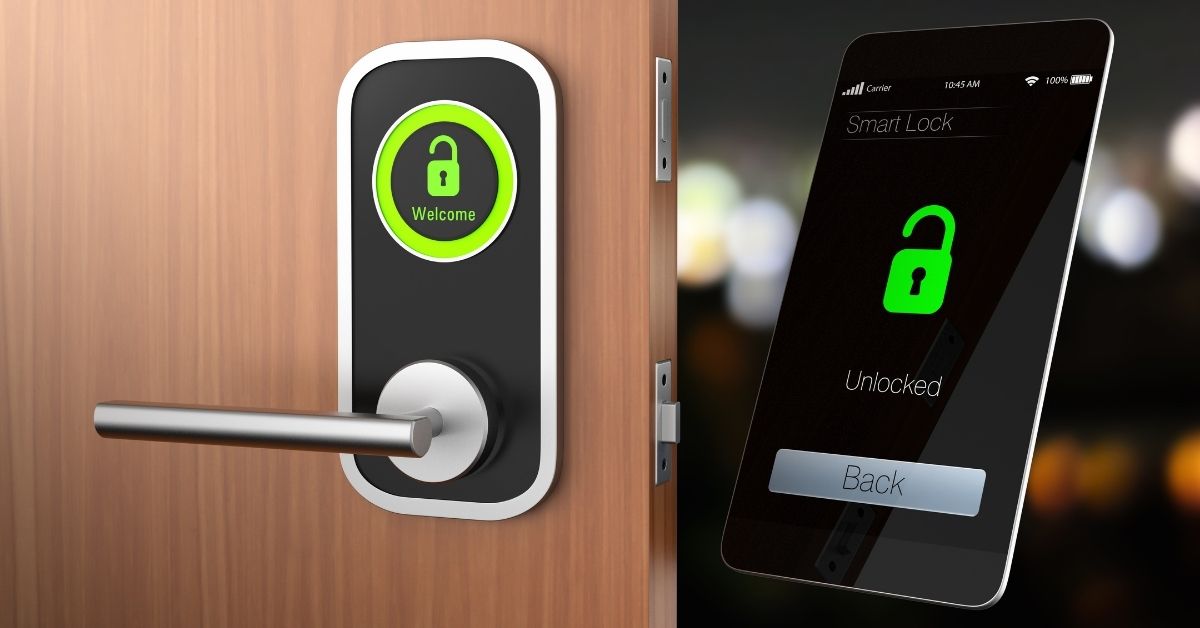 Smart locks have several features, benefits, and are equipped with one of the most important 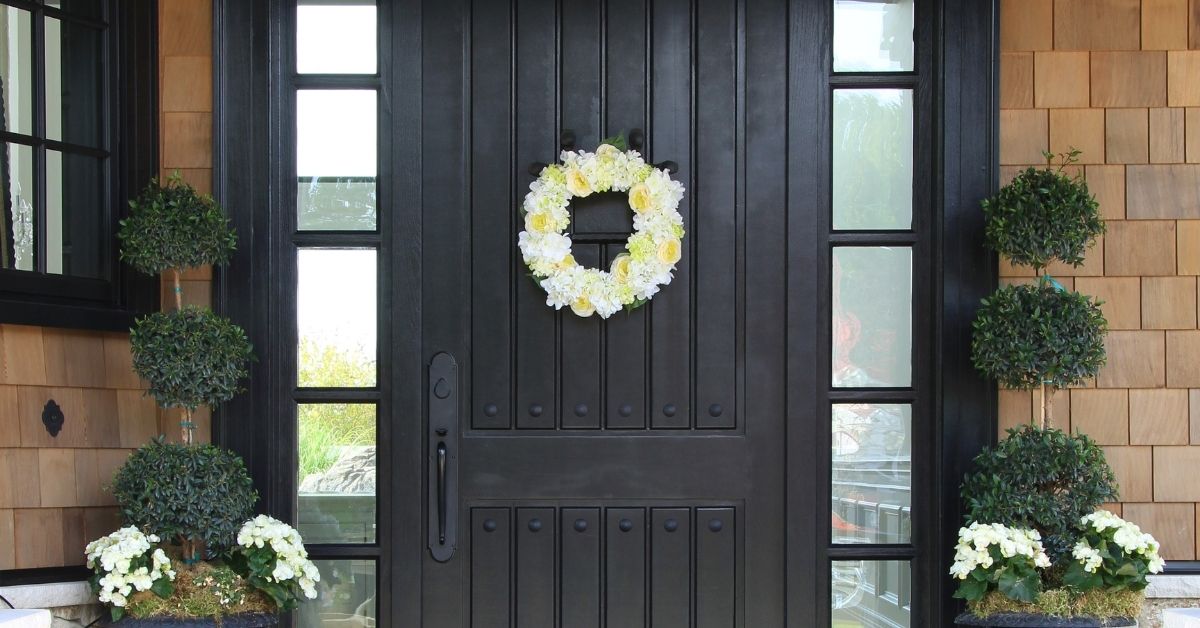 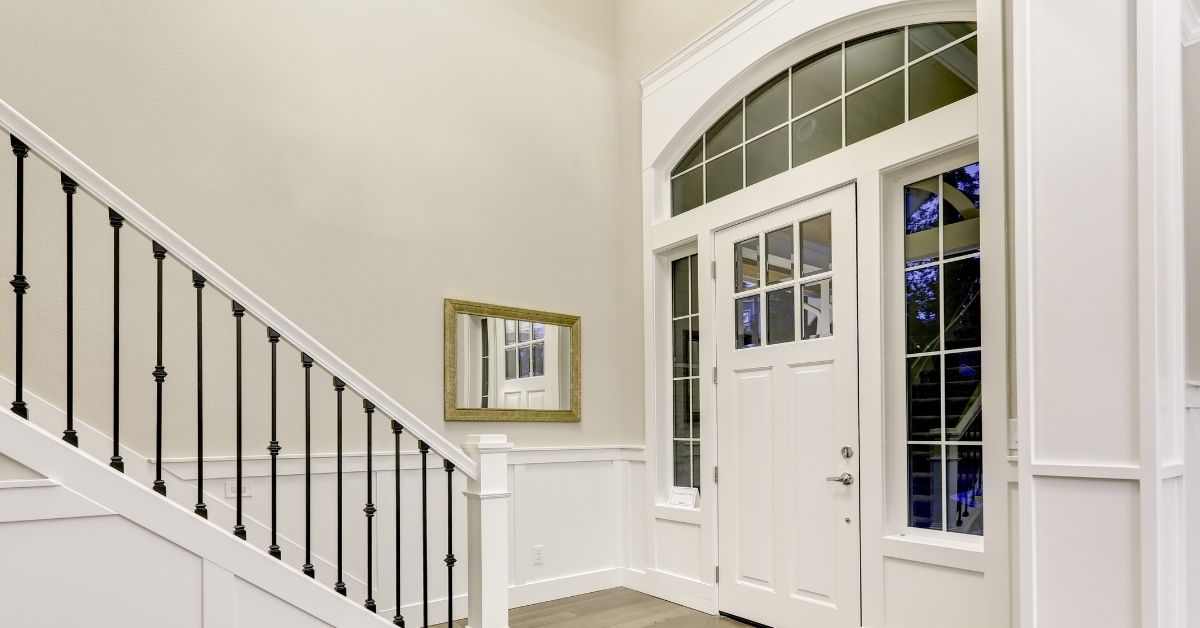 How Transoms Improve The Look of Fiberglass Doors

Your front door plays a big role in determining your curb appeal. As a central 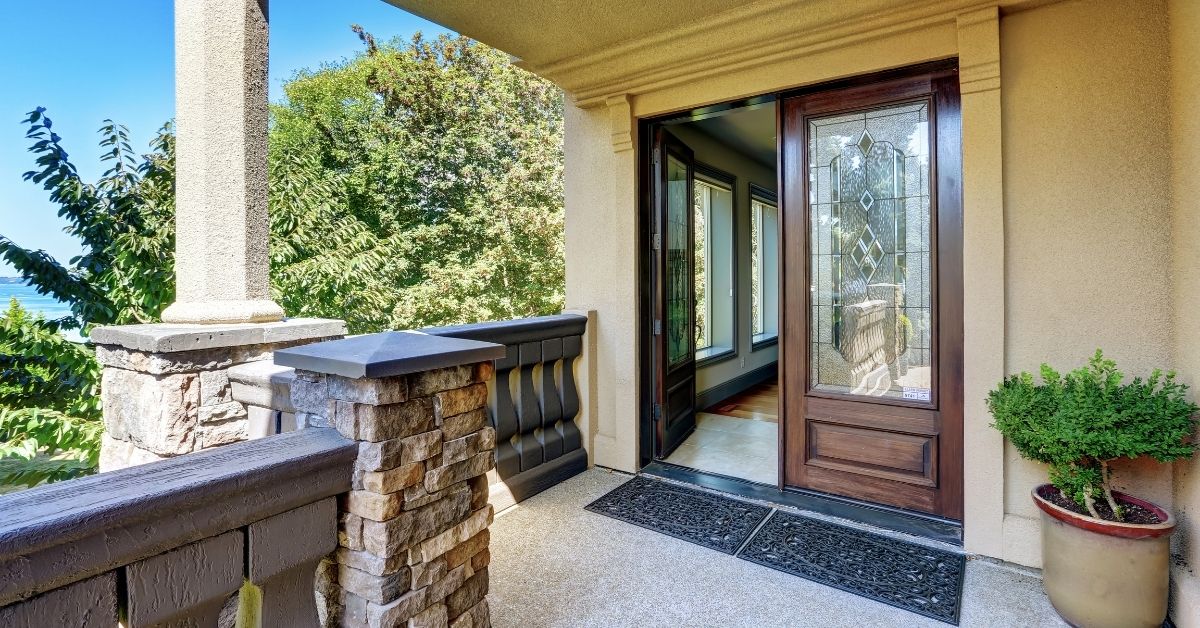 Selling Your House? Use Your Door to Add Value

How much can you actually achieve with modern doors from ALDA Windows and Doors? As 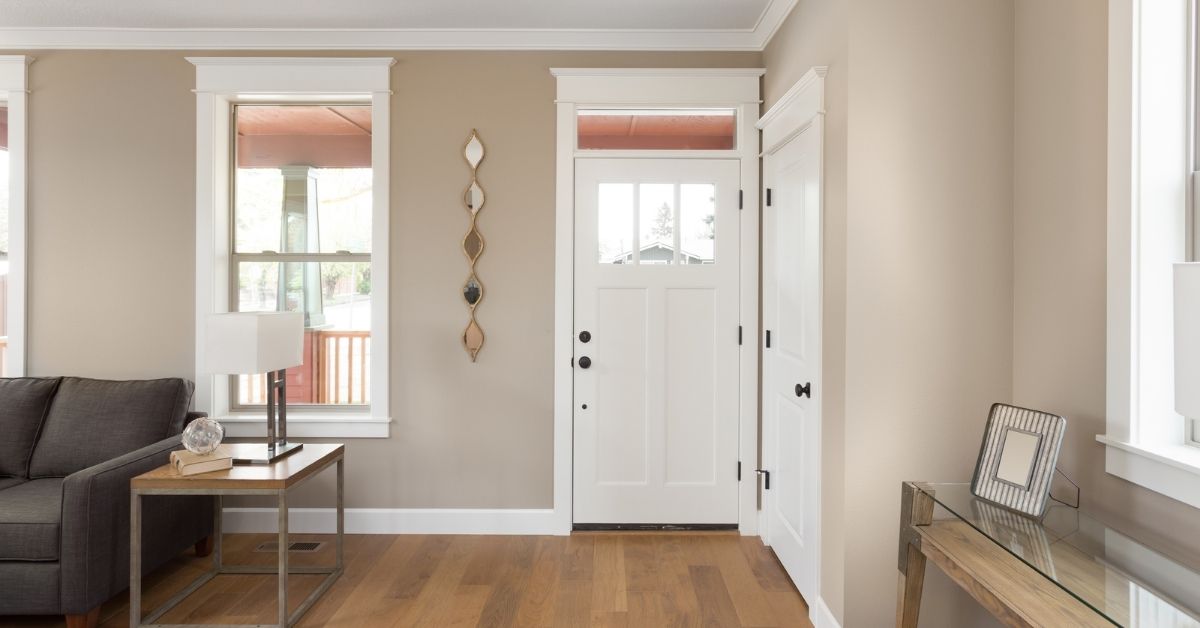 Single or Double Entry Door. Which One to Choose?

Entry doors come in many different shapes, styles, and sizes. With so many options to 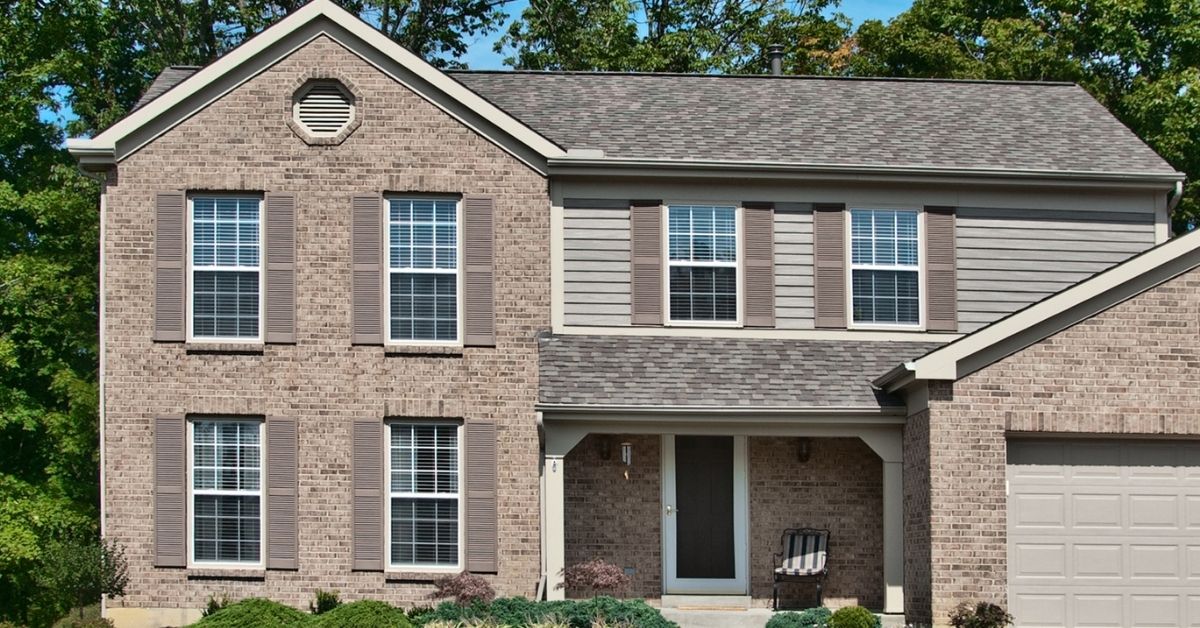 The Benefits of Vinyl Windows

When it comes to window replacements, people usually opt for one of two choices: wooden 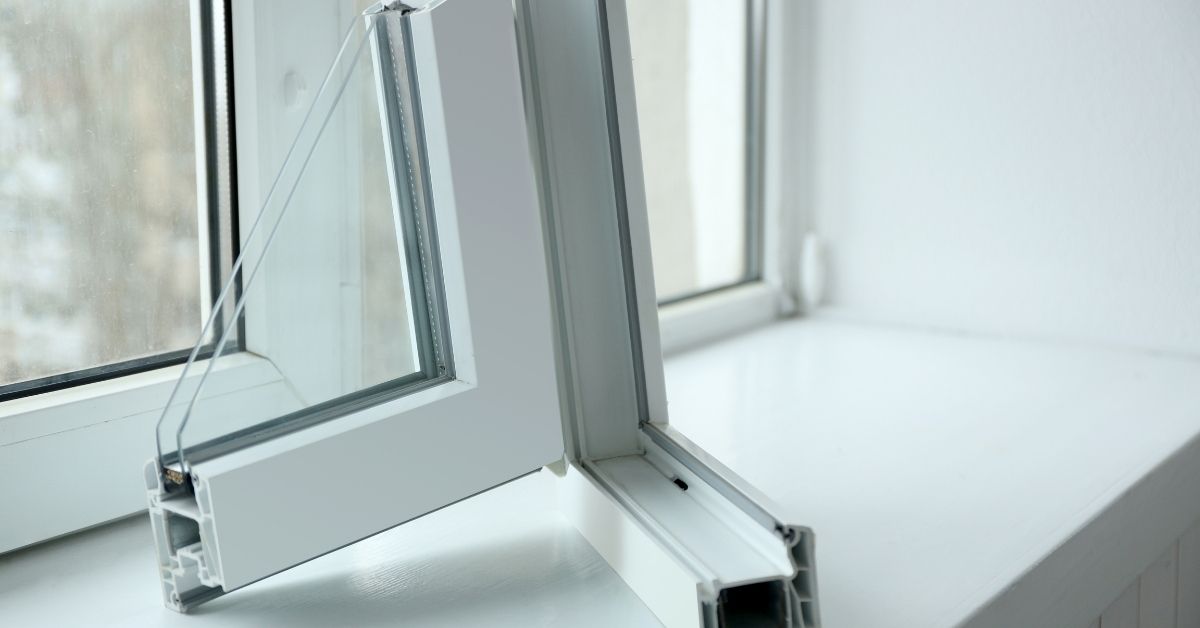 Get A Free Estimate.

A Free, No Obligation Estimate in the Comfort of Your Home

GET PRICING INFO TODAY!
Thank You